Dr. Alex Fuchs (pronounced Fox) was born and raised in Springfield, Illinois. Growing up, he had 2 wonderful Shih Tzus who sparked his love for dogs. After 2 years at St. Louis University studying biology and playing baseball, Dr. Fuchs transferred to the University of Illinois to finish his undergraduate studies. After graduation, Dr. Fuchs spent time travelling and backpacking in places such as Alaska, Belize, Brazil, Colorado, and California. During this time he adopted Addy, an Alaskan Malamute and his first love. He later was accepted to the University of Illinois College of Veterinary Medicine program and received his Doctor of Veterinary Medicine degree from there in May of 2015.

Shortly after graduating, Dr. Fuchs met the human love of his life, Cassie, who is now pursuing her own passion for veterinary medicine at the University of Illinois as well. They currently reside in Savoy with their ever-growing fur-family: Addy, Shiya the Malamute Mix, Tiger the cat, and a ferret named Whiskey. In his free time, Dr. Fuchs can be found hiking, exercising, or travelling to exciting new places with his wife. 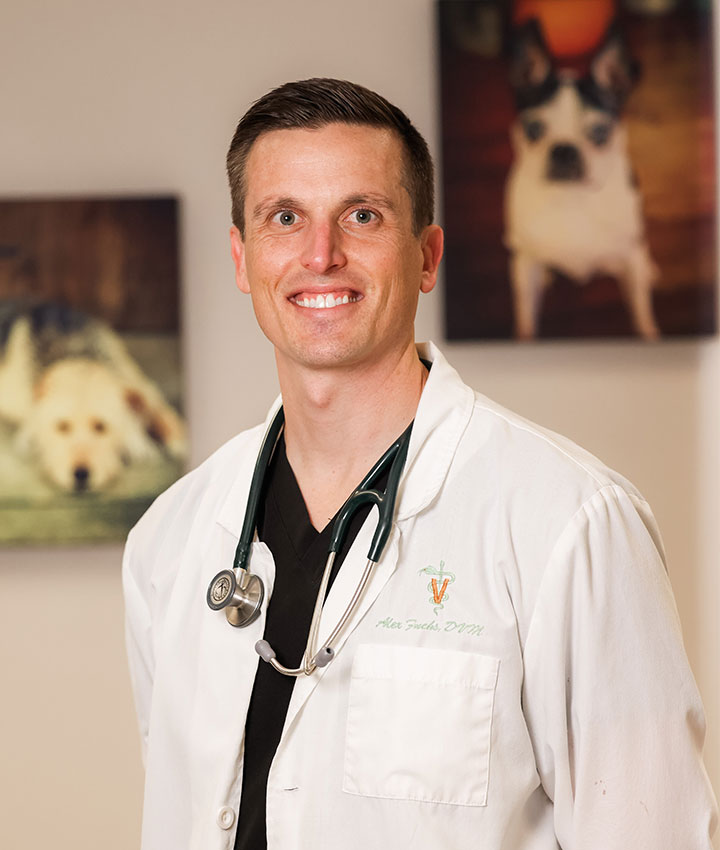 Animal Hospital at the Crossing